Developers can update to Mango RTM without falling back to NoDo!

Microsoft has sent an email to all registered developers that there is no need to fall back to NoDO, as they previously stated, but instead can update their phones using the Zune as if nothing ever happened :) 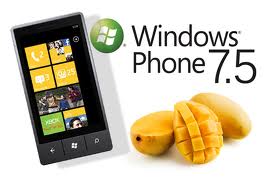 To be honest, this news has made me say: "way to go MS devs" for the first time in my life!


In short, this is what they said (copy/paste):


‘Mango’ OS Beta: Updating from 7712 to RTM
Developers can now update their devices to Windows Phone 7.5 without having to fall back to the backup taken at the beginning of the provisioning process. This update is being made available to those running build 7712 on a retail device that was updated using the provisioning tool we published to Connect a couple months ago. 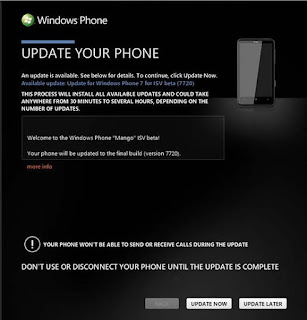 Did you know that...

holding right click and scroling in Google Chrome resizes only the text on the page you are viewing?

Try it out for yourself!
Posted by Dušan Knežević at 12:11 PM Labels: Did You Know?

Modifying the previously released WP 7.0 version of the app is not possible once the Mango version is released!

Recently the folks from MS answered a very frequently asked question, and their answer is copied below.

When you publish a Windows Phone ‘Mango’ update to an application you had previously published, the following will occur:

As you can see, we have a problem here! There is no way to update a pre-mango release after you have released the mango update! Since the majority of users still haven't updated to Mango there is a need for frequent update of the pre-mango versions.

There is a workaround though, you can publish the pre-mango app which is using mango components if the app detects that the mango is available on the phone! This is done using the reflection, so if you are interested, knock yourselves out! Read more about it!
Posted by Dušan Knežević at 5:25 PM Labels: Windows Phone 7

Don't you just hate when you have to write all this code over and over again for every single DP you need?
ME tooo! Luckily, kirupa has a great DP generator. Just type in types you want to introduce and copy/paste the code you get! Simple as that!